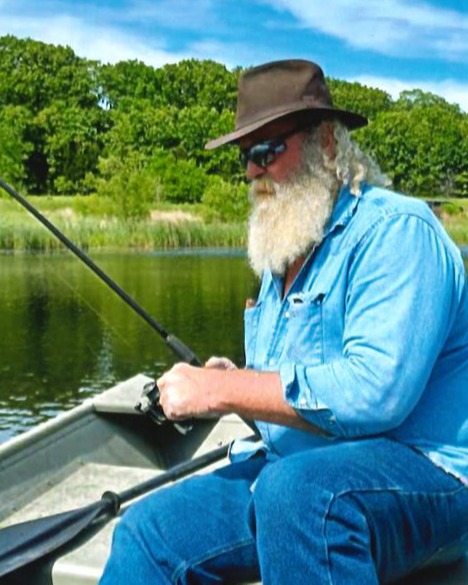 Brad was an operating hoisting engineer for more than 40 years with the Int'l. Union of Operating Engineers Local 513. He took pride in his work and had an unmatched work ethic.

Brad was a true family man and cherished spending time with his family. He never missed his kids and grandkids sporting events, band concerts, or school activities. He loved being there to support them and cheer them on.

Brad’s father was the first mate of the dredge, Captain Meriwether Lewis, so he always enjoyed driving to the river and taking a walk around to reminisce about his heritage. He loved being outdoors with nature and the animals, and the animals took to him just like a friend. When Brad walked out his front door the birds came flying in to be fed by him, as well as the squirrels and rabbits.

As an avid outdoorsman, Brad loved fishing any chance he got. He also looked forward to hunting season, just so he could hang out with his buddies.

Brad was very talented and had a passion and knowledge of music. He kept his harmonica in his front pocket and took it everywhere he went. He also enjoyed drawing and sketching various subjects, including nature and family portraits.

Brad was dearly loved and will be greatly missed by all who knew him. Memorial contributions may be made in Brad's name to Five Acres Animal Shelter or World Bird Sanctuary.