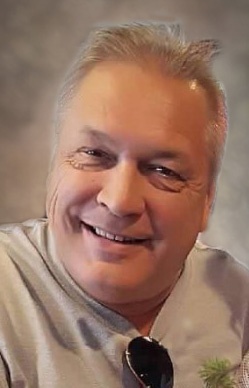 Bill was so strong. He was the rock for his family. Bill overcame every obstacle that was thrown his direction with determination and grace. Time and time again, you could count on Bill’s resilience to get him through.

Bill was as steady as they come. Steady in his love for his wife, children and grandchildren. His greatest joy in life was being a Dad and PaPa. He dedicated his own life to ensuring his family was happy and taken care of.

Bill was humble. There wasn’t a thing he needed to be happy besides his family, a QT hot dog and a lottery ticket.

Bill was one of the most hilarious people you’d ever meet. He laughed at his own jokes and got a kick out of teaching his grandkids bad words. There was never a dull moment with him & he didn’t take anything too seriously. You never left Bill’s presence without something to smile about.

Bill was a dreamer. He wouldn’t let anyone tell him any dream was too big to achieve. He instilled this vision into his children and cheered them on every chance he got, no matter the goal.

Bill was a soulmate. Bill and Rita met in 1971 and were married in 1973. As you can imagine, they had many beautiful adventures together throughout the last 50 years. Their marriage was a true partnership, they were always taking care of one another. Through the peaks and valleys of life, their love only grew stronger and endured the test of time.

Above all else, Bill was a friend, a Dad, and a PaPa. His memory will live on through his children and his grandchildren. He will be forever missed.