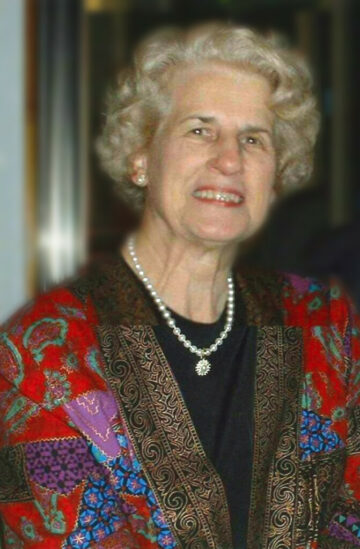 Barbara E. Magie, of Lake St. Louis, formerly of Fairfield Plantation in Villa Rica, GA and Northbrook, IL, passed away on October 4, 2021 at the age of 89.  She died peacefully surrounded by all three of her children.

Barb grew up in Wilmette, IL and graduated from New Trier High School in 1950. She attended Drake University in Des Moines, Iowa. She married Bill Magie and settled in Northbrook where they continued to enjoy sailing together. Barb became very involved with her children’s schools, sports, and activities. She was a PTA president, Girl Scout leader and book fair chairman. She worked for a local hospital and travel agency. When she and Bill retired, they moved to Fairfield Plantation in Villa Rica, GA. She became active with the women’s club, gardening club, and helped run the Plantation Press Newspaper for more than 20 years. The role she loved the most was being a grandmother and great grandmother. She touched many people’s lives and will be truly missed.

Memorial contributions may be made in Barbara’s name to Heartland Hospice.
To order memorial trees or send flowers to the family in memory of Barbara E. Magie, please visit our flower store.