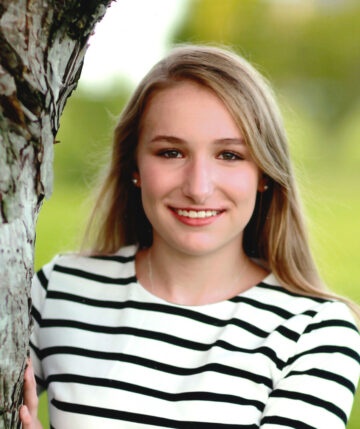 Angela had an entire village of extra “Aunts” and “Uncles”, God Parents, and friends that adored her.

Angela attended Western Illinois University and was an honor roll student. While in high school Angela participated in the theater working backstage.  She was an avid reader and enjoyed camping. Angela was an animal lover, especially goats, she attended goat school and volunteered at Day Six Farm in Celina, TX.

When Angela walked into a room, she would light it up with her presence. She was known as a loving person who wanted to work for the greater good in our world. Angela was dearly loved and will be greatly missed by all who knew her.

Memorials may be made in Angela's name to Charity of your choice.

Funeral Mass will be live streamed on Facebook on February 14, 2022 at 11:00 am, Click Here to View.
To order memorial trees or send flowers to the family in memory of Angela Layton, please visit our flower store.