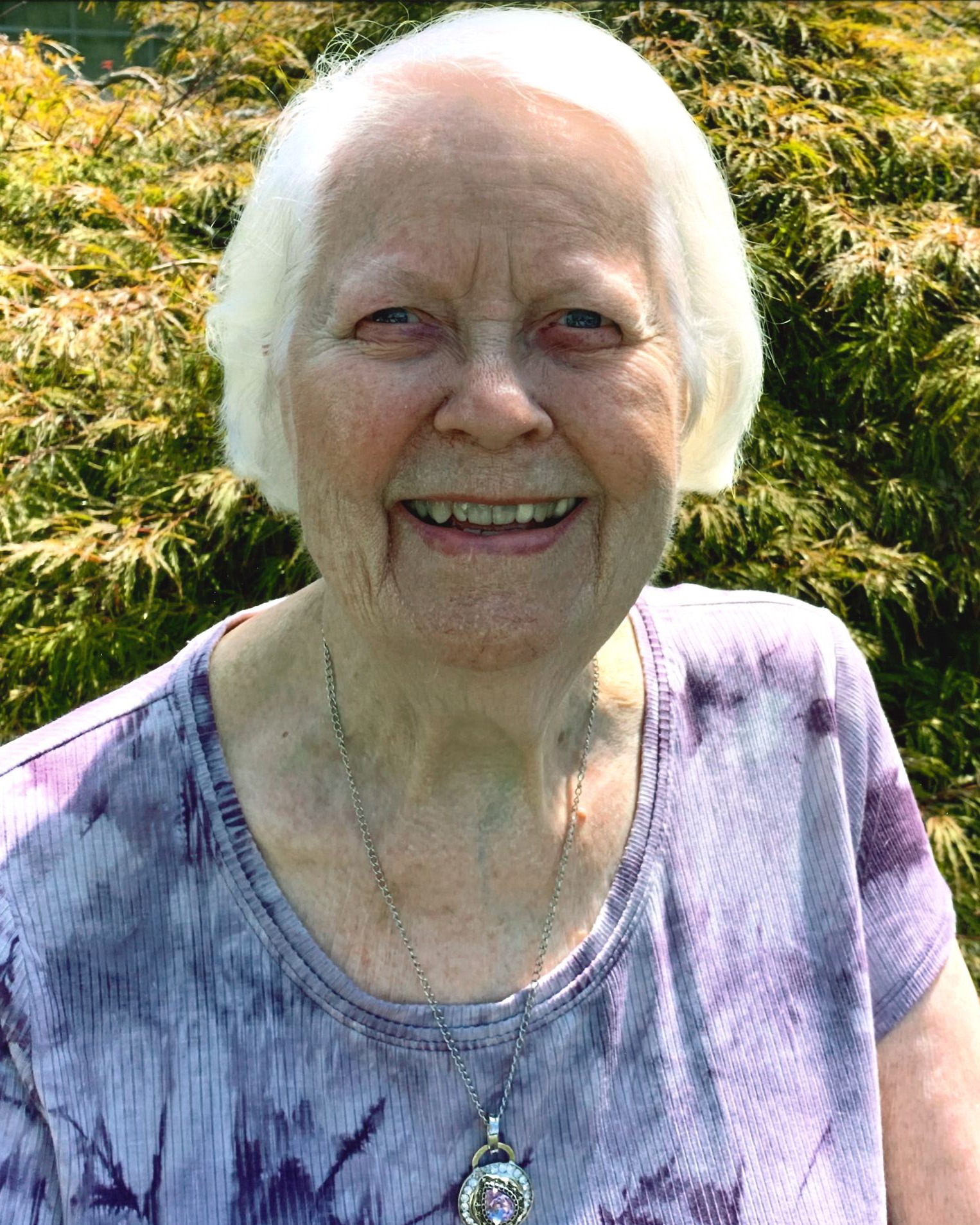 June was a true woman of faith and loved attending Church of The Shepherd in St. Charles.  She was very involved in activities at church, including Bible study groups and traveling on bus trips with the seniors “Forever Young” group.  She was also a member of the Red Hats Society and the League of Women Voters.

As a loving homemaker and mother, June volunteered as a Girl Scout and Brown Leader, and she was a Homeroom Mother at her kids’ school.  She loved cooking wonderful meals for her family and in her later years she became a "Master Microwaver.”  She was very crafty and enjoyed sewing, embroidery, macramé, and many other hobbies around the house.

In her younger years, June loved to travel with her husband and Hawaii was one of her favorite places to visit.  She and Melvin visited all 50 states and traveled through Europe.  She also loved traveling with her grandkids and spending time with them whenever possible.  As a trivia buff, June enjoyed watching Jeopardy and strived to never miss an episode.

June was dearly loved and will be greatly missed by all who knew her.  Memorial contributions may be made in June's name to Church of the Shepherd or American Diabetes Association.

To order memorial trees or send flowers to the family in memory of June Wollenberg, please visit our flower store.

Church of the Shepherd, MO