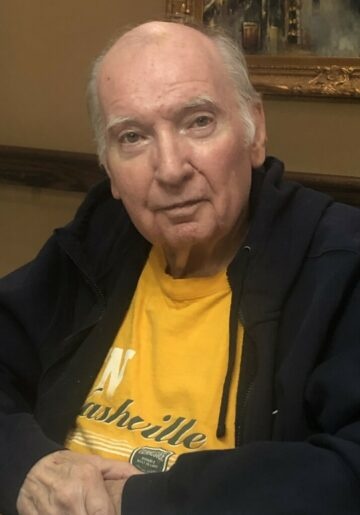 Albert Don McClellan, passed into God’s glory on May 16, 2022 after a long battle which he fought bravely with optimism, dignity, and humor. He is reunited in death with his beloved high school sweetheart and wife of 62 years, Judy (née Rugger). Don and Judy were blessed with five children, nine grandchildren, and five great- grandchildren. A former all-conference and championship quarterback in high school, Don was a steadfast motivator for his own children, as well as countless others, through his continued involvement in the sports community and as a youth baseball coach. Though he gave up a promising college career to work for Southwestern Bell and be a dad, Don would count the team he raised with Judy, always his cheerleader, at the top of his list of accomplishments. He will be greatly missed by all who were privileged to know him.

Memorial donations may be made in Don's name to the donor's choice.
To order memorial trees or send flowers to the family in memory of Albert Don McClellan, please visit our flower store.