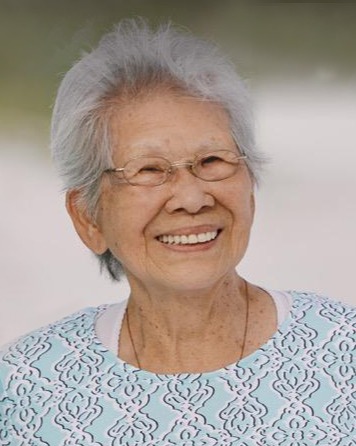 Aiko “Obachon” Hufford (nee Wada), formerly of Falls Church, Virginia, passed away Saturday, October 22, 2022, at the age of 90. Aiko was born in Sapporo, Japan, and emigrated to the United States in 1969. She was preceded in death by her husband Robert. They met while she worked as a nurse and he served in the U.S. Navy in post-World War II Japan. Aiko was the devoted daughter of the late Toyokichi and Mine Wada and was the youngest of nine siblings, all of whom preceded her in death.

Aiko was a talented seamstress by trade and was an accomplished skier, winning competitions during her younger days. Her passion was her garden, and she loved tending to her plants and flowers, especially her roses and tiger lilies. She traveled around the world with her husband and children enjoying various cultural experiences. Aiko was an exceptional cook in traditional Japanese cuisine and passed on generational family recipes to her children.

Aiko is survived by her children Robert “Tom” (Marianne) Hufford, Judith Hufford, and Patrick (Lisa) Hufford. She was a loving and proud “Obachon” to 11 Grandchildren, Sarah (Matt), Tommy (Jenna), Katy (Mitch), Kevin, Nick, Hana, Maria, Elleanna, Mackenzie, Kendall, and Rachel; and Great-Grandchildren Rory, Tripp and Baby Tiller due in December 2022. She was a dear aunt, cousin, and friend to so many.

A private service will be held for family only, with interment in Arlington National Cemetery scheduled for a later date. In lieu of flowers, contributions may be made in Aiko’s name to the Alzheimer’s Association and the Veterans of Foreign Wars (VFW).