Lawrence Matthew Joseph Chik was a beloved family man and member of his community. Lawrence was born and raised in St. Louis, and has been a 40-year resident of St. Charles County.

From an early age, Lawrence was a natural athlete. He excelled at baseball with his siblings and father, and later became an excellent golf player. Lawrence was a die-hard Cardinals fan, and never missed a golf tournament. However, his natural abilities also extended to his mind. Lawrence found joy in analyzing numbers, data, and finances. He used those talents to build his own business, as well as prepare taxes for countless clients, many of which returned to him for several decades. Lawrence also found great joy in helping others, often doing so by using his analytical abilities to help in financial crises.

Lawrence had many joys in his life, but the most of which was his family and friends. Although he came from a large family, Lawrence took pride in maintaining those relationships. A testament to his friendships are the multiple friends he's kept for several decades. The most important relationship in his life, however, was his love, Nancy. They married in 1979, enjoying 40 years of matrimony. Together, they took on many adventures and travels, often with those beloved relatives and companions. They also raised a son, Michael. Lawrence and Michael shared a love of cars, as well as tinkering and fixing up their homes and vehicles.

Lawrence suffered from many health conditions in his final years. He so fought hard and won so many of those health battles, his family called him "Iron Man." Although he lost his final battle, he'll always be our hero.

Now, he is probably singing the lyrics from one of his favorite Eagles songs, "I'm already gone, and I'm feelin' strong. I will sing this victory song."

Memorials may be made in Larry’s name to American Kidney Fund or American Heart Association.

Due to the COVID-19 Pandemic the family is requiring that all guests wear masks to the visitation.  Social distancing is required, and guests should stay at least 6 feet apart. Thank you for your understanding. 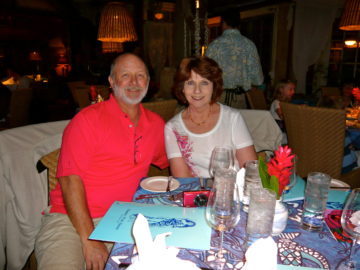