Jordan was born on April 6, 1993. Through his younger years, he was raised with much love by his father Ken Medley, stepmother Kay Medley and his mother Cindy Medley Pizzo (who married Faro Pizzo in Jordan’s later years).  Jordan is survived by his parents, Ken and Kay Medley and Cindy and Faro Pizzo, Ken’s mother Brenda Medley (going before us, the late Howard Medley) along with Cindy’s parents Adolf and Joyce Mueller, his brothers Kyle Medley and Wade (Chelsea) Schauwecker, and his step-sisters Megan Pizzo, Colleen Pizzo (Brian) Higginbotham and Terra Pizzo (Steven) Kneeland. He is also survived by his much-loved aunts, uncles and cousins.

Baseball was Jordan’s favorite team sport as a little kid and he loved to pitch. Kyle remembers that he and Jordan always agreed that their best and favorite times were when they were adolescents and teenagers - skateboarding with friends as they were growing up. The neighborhood kids would flock to their house for time with Jordan and Kyle and showing off their skills on the temporary ramps in the driveway and in front of the house. Remote controlled cars were fun on the ramps as well. Skateparks were a favored hangout. Throughout those and later years, he came to love water skiing, fishing and working on cars. Best times with his dad and brother Kyle included fishing on the lake and Mexican food at El Maguey. Best times also included ski time with grandparents at Lake of the Ozarks and attending Medley and Mueller family gatherings for great meals and celebrations. Favorite times with his mom included many home-cooked meals, icing and making cookies (as kids with Kyle and the neighbor kids), and working on pumpkins for Halloween. Favorite times with just his dad included their mutual love of fast cars and spending time working on them, particularly an old Chevelle that was to be Jordan’s someday.

Jordan was proud to be employed by Kerry Foods in Affton, Missouri. This was a great job for him. Jordan secured the position at Kerry through his connection with Sana Lake Recovery who also provided great support. A manager from Kerry had seen how hard Jordan was working on a volunteer job and hired Jordan. We are ever grateful to these companies for the opportunities and resources they provided for him.

Jordan was devoted to and loved his family very much, rarely missing a family gathering. He, his brother Kyle, and the cousins were always taught to do some work when they had lake time with Grandpa Mueller. Jordan’s devotion to his dad, Ken, these last many years really shined through to the end; they were very close.

Above all, Jordan relished the time spent with his brother Kyle from little on up to now, enjoying lively banter and the joy of laughter - constant encouragers to each other. Jordan loved to draw and paint, even winning a prize for a self-portrait in high school.  He loved dogs and there was a special one a few years back that followed him home and became Jordan’s friend while living in Branson. Jordan kept the dog a while before finding him a new home since he couldn’t keep him where he lived. Jordan was always ready to help stray dogs and people. Jordan was a blessing to all of us and we will miss him very much. We entrust him now into the presence of a great God and the family that have gone before us to heaven.

Jesus loves you Jordan, and angels are watching over you. 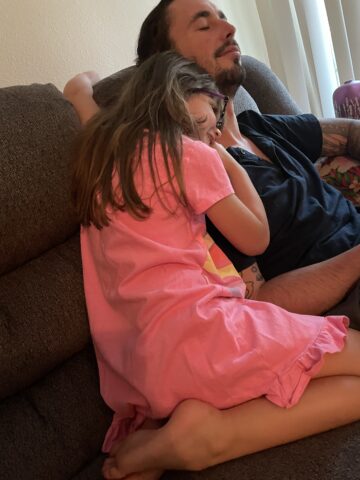 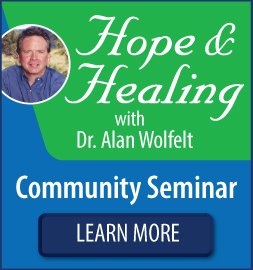