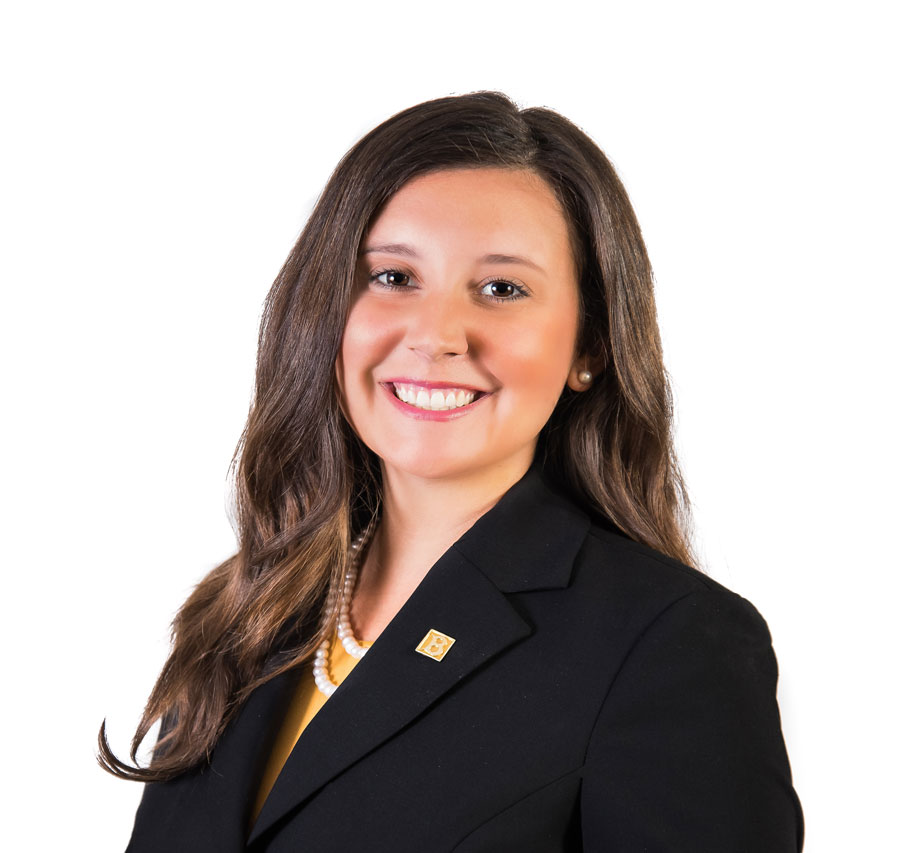 Ally Walters is currently working towards her Funeral Director’s license and has just enrolled in the apprenticeship program. She has been with Baue since April 2016 and says she is lucky that funeral service found her. Ally was born and raised in St. Charles, attending Immanuel Lutheran school and church.

Although she resides in Rock Hill, her family and heart are forever in St. Charles. Ally is involved in the Community Council and St. Charles, O’Fallon and Western Chamber of Commerce.

She is a proud alumna of University of Missouri (Go MIZ!) where she was an active member of Alpha Delta Pi sorority. Ally’s undergraduate degree was in Communication, with an emphasis in both Human Development and Family Studies and Hospitality Management. She is enrolled in the Accelerated MBA program at Lindenwood University.

In her free time, Ally enjoys yoga, being outdoors with her dog, watching football and participating in charitable 5K runs.